If you're looking for the ultimate off ice hockey shooting pads,then look no further than our X Hockey Shooting Pad lineup.

Whether you’re a junior or pro, our package will provide you with the ultimate hockey shooting aids.

If you're searching for the very best hockey shooting aids,passing trainers or stick handling pads。

1)Use it to practice shooting, passing and stickhandling

2)Protect your sticks from rough pavement and concrete.

3)Bevelled edges make it easier to get pucks onto the mat.

4)No more tape marks on your floor or driveway.

6)Handle makes it easy to carry. 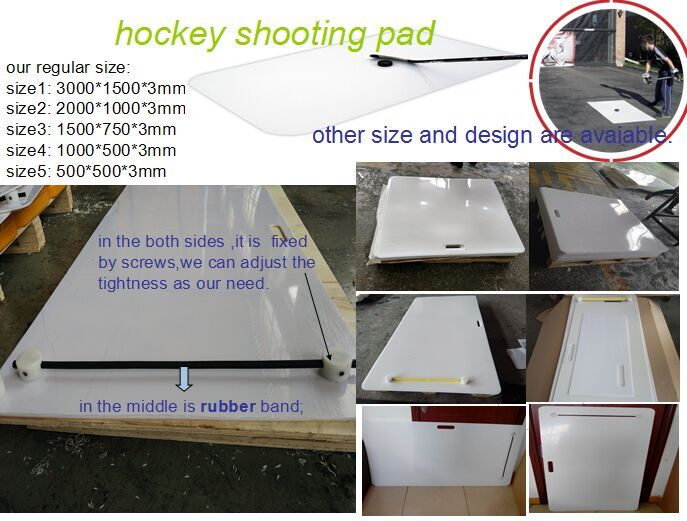